Little Havana is positioned on Southwest 8th Street in Miami-Dade County and rests on the Tamiami Trail, a national highway built in 1928 that connects Tampa to Miami. The area is known as Calle Ocho (8th Street), and it is home to Cuban coffee shops, cigar parlors, fresh fruit stands, restaurants, and engaging Latin music. Join me on a walking tour where I discovered the best of Calle Ocho. The walk is just under half a mile and is a fabulous way to savor some excellent Cuban culinary delights while gaining insights into the culture. Here are my 10 best food finds in Little Havana.

El Pub, an authentic Cuban restaurant, was my favorite first stop as I believe that any walking tour begins with some nourishment. El Pub was started by Cuban immigrants and has been around since 1966. It is well known for its beef empanadas. The empanadas are crisp but not greasy and have a textured interior that comes from beef cooked in a sofrito sauce—a popular Latin American pottage comprised of tomatoes, garlic, bell peppers, cilantro, parsley, cumin, and other spices. Eat these with a red Tobasco sauce that is piquant but not too spicy. El Pub offers spinach empanadas for vegetarians. 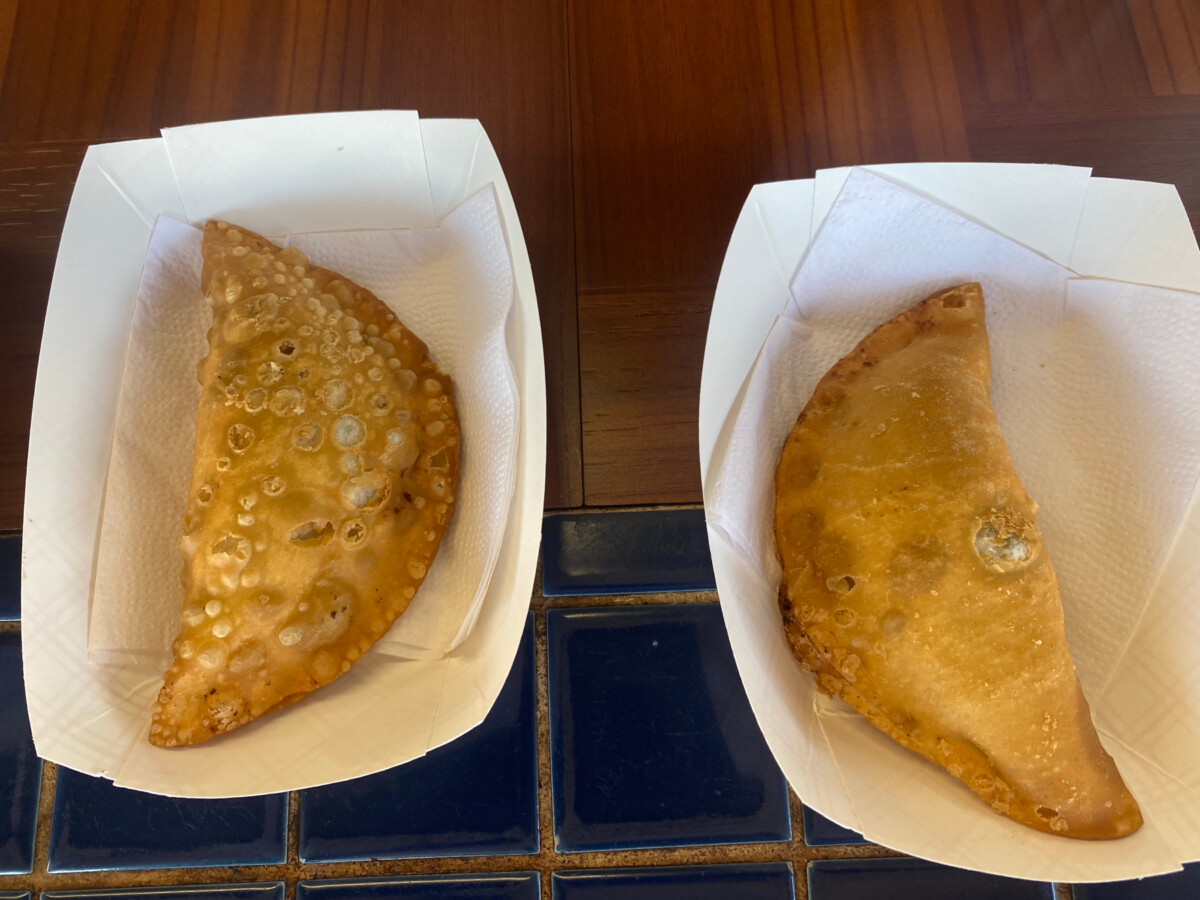 As is common in the travel industry, Wander With Wonder sometimes receives complimentary products and services. Wander also earns income from ads and affiliate links on our site. Some of those links are for Amazon. As an Amazon Associate, Wander earns from qualifying purchases. None of these practices influence our reporting, but we believe in full disclosure. If you click an ad or affiliate link on our site and make a purchase, we may earn a commission at no additional cost to you. We thank you for your help – it is what keeps Wander bringing you great content. For further information please visit our legal page.

Cubans are famous for their deep-fried empanadas, while they are baked in other parts of Latin America. The result is a burst of flavor! Many people eat empanadas for breakfast with a shot of Cafecito, a traditional Cuban coffee that contains expresso and sugar. While munching on our empanadas and drinking coffee, we met a charming peanut man named Francisco, who sold us roasted peanuts wrapped in small paper cones. 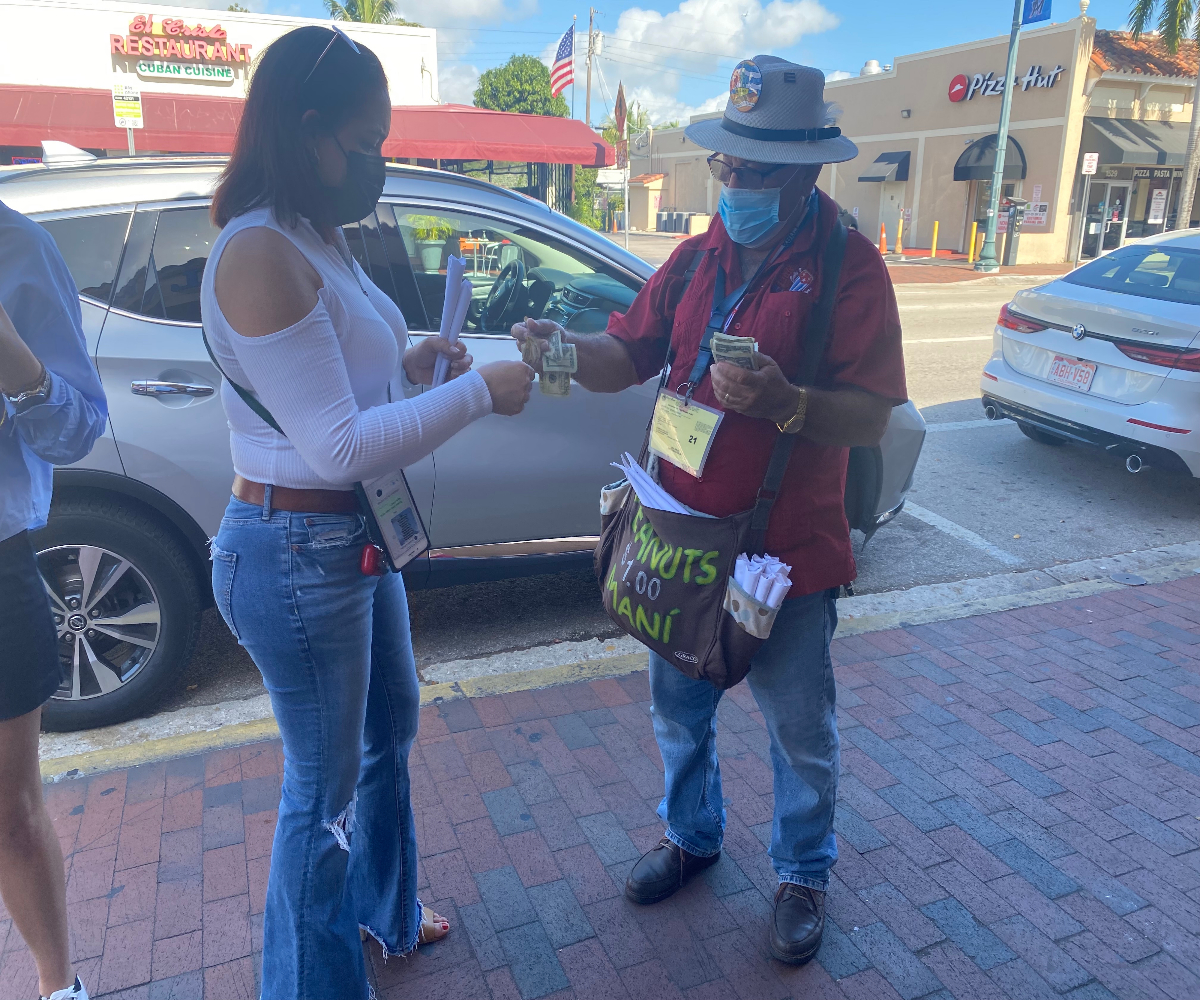 The next stop on our walking tour was Futurama, a creative workspace established in 2011 that houses 12 Cuban artist studios. Upon entering, we were greeted by a robust and beautiful Cuban manina—a lady of society.

As we browsed the art studios, we watched an artist painting a portrait of Jose Marti, a Cuban national hero famous for his role in liberating the country.

The Artists Colony at Futurama. Photo by Ramaa Reddy

While perusing the store I picked up a lovely necklace and linen dress for a reasonable price; the purchases will complement Miami’s hot summer. 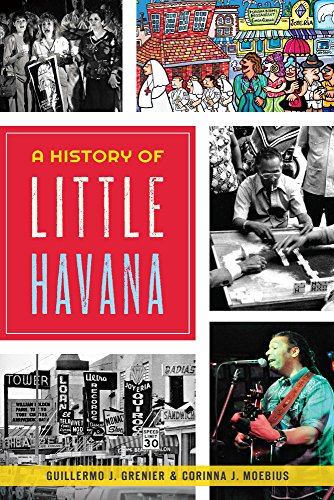 Located just opposite Futurama is Sala’o, a festive bar with a Cuban vibe that entices customers with its live music and a large portrait of their honorary Cuban, Ernest Hemingway.

The dimly lit exquisite interior is as welcoming as the mojitos and daiquiris. The mojitos are famous at Sala’o Cuban Restaurant and Bar. Photo by Madiha Brooks via iStock by Getty Images

My Cuban Sandwich at Sala’o Cuban Restaurant and Bar. Photo by Ramaa Reddy

The sandwich is American except for the bread, which comes from a Cuban recipe and is crisp and crunchy with a soft interior. Vegetarians enjoy papacones – fried plantains filled with vegetables. Next time I am there, I will try the recommended papacones stuffed with crab meat. 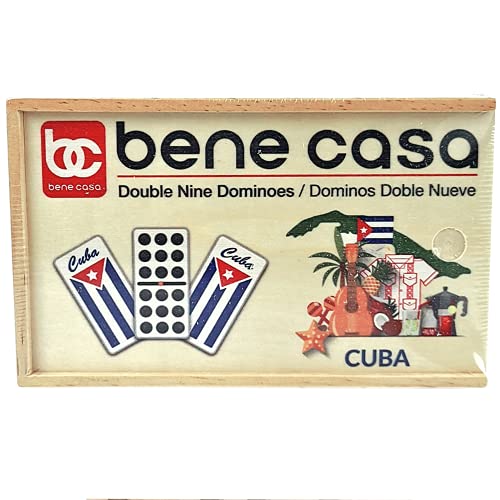 As we continued our walk on Calle Ocho, we passed art deco buildings and arrived at Domino Park, a favorite among Cuban locals for the last 40 years. The locals sip coffee while playing dominoes.

Dominoes are popular in Little Havana. Photo by Juanmonino via iStock by Getty Images

The players displayed authentic Latin energy and competitive banter; they were oblivious to us watching and taking pictures. Only residents can compete. Dominoes is the national game of Cuba, and chess is also very popular. The park features domino-decorated tilework and a mural created by Dominican artist Oscar Thomas.

As we continued our walk, we passed a beautiful mural of Celia Cruz—the famous Cuban-American singer and Latin artist of the 20th century. He is also memorialized on Calle Ocho’s Walk of Fame, a Cuban version of Hollywood’s Walk of Fame.

Cruz was born in Cuba, moved to America after the revolution, and was called the ‘Queen of Salsa,’ but she could only sing for her countrymen in Guantanamo Bay! Many renowned Cubans and Latin Americans are commemorated on this walk.

Our next stop was to visit an open-air fruit and vegetable stand that sold freshly made sugarcane juice. We were lucky to see Guillermina, a ‘Pedro-Pan’ emigre, make the sugarcane juice for us. Guillermina arrived in Havana when she was 15 years old, but her family could not join her until five years later via Mexico. The Pedro pan program assisted Cuban children in the 1960s when they arrived in the United States as unaccompanied minors.

This stall showcases juicy fruits like mangoes and papayas. We helped ourselves to overripe baby bananas offered to customers free of charge.

If you like cigars, you cannot miss the Cigar Factory, one of the oldest in Little Havana. It produces around 100-hand-rolled cigars a day. When we entered, we saw a man meticulously hand rolling the tobacco with leaves.

Cuba Tobacco Cigar Co. on the Calle Ocho in Little Havana Miami. Photo by littleny via iStock by Getty Images

Due to the embargo on Cuban trade Cuban tobacco seed plants are now grown in the Dominican Republic, and the leaves are later imported to the US.

After every Mexican dinner, I long for churros! At Churro Mania, the churros are made fresh and served hot with a dusting of sugar and cinnamon.

I had classic churros. They were crunchy on the outside and moist on the inside, but there are endless options! They offer churros filled with guava, and you can enjoy them with chocolate, caramel, or dulce de leche toppings! 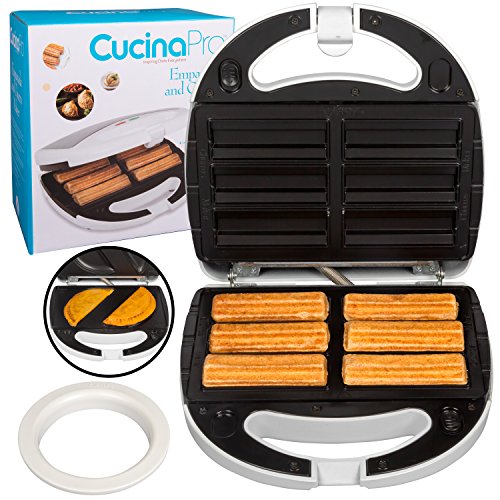 We picked up our hot churros and walked next door to Rooster Alley to see the ‘Little Havana Wall. We took pictures of the wall while we ate and noticed an old parked Chevrolet that evoked memories of Cuba. A part of the wall commemorates July 11, 2021, a demonstration day that expressed solidarity with the people in Cuba who suffered and died of COVID-19; they had no vaccines.

You cannot leave Little Havana without tasting Azucar’s homemade ice cream. The most popular flavor is Abuella; guava ice cream topped with crushed biscuit and guava paste. It’s one of the best ice creams in Miami. It is so divine you’ll be back for more!

Get homemade ice cream at Azucar on Calle Ocho. Photo by Raul Rodriguez via iStock by Getty Images

My Little Havana walk ended at Café Latrova; a funky restaurant where dancing, drinking, and food weaved together seamlessly.

The café is reminiscent of 1940s Cuba. Here trovadores musicians played their guitars and belted out love ballads while diners enjoy entrées like braised short rib, skirt steak, and boneless snapper. Inside is a 1952 military truck that the owner, Julio Cabrera, an American bartender, uses on special occasions to make bespoke cocktails. Having sampled so much good food during the walk, I ordered the Chupe De Mariscos; a seafood dish with prawns, clams, and mussels cooked in a seafood broth with queso fresco, pumpkin, and corn. It was delicious, and I am going back for more.

I hope you’ve enjoyed this little walk discovering the best of Calle Ocho. I enjoyed excellent Cuban culinary delights, and I look forward to returning to savor the next 10 best food finds in Little Havana! Check out Wander for more great culinary travel in Florida and beyond.