WEST PALM BEACH, Florida—Officials of Island Hospitality Management announced that the company has promoted Gregg Forde to president. In his new role, he will oversee the company’s day-to-day operations and overall strategic vision. 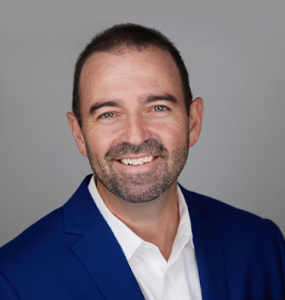 “Gregg has spent nearly two decades with Island, helping to grow and shape the company into the leading third-party management we are today,” said Jeffrey H. Fisher, founder and principal, Island Hospitality Management. “From area director to chief operating officer, Gregg has been with us virtually every step of the way. Under his tutelage, Island has elevated its overall performance in all respects, from our human capital and training to the growth of our propriety information systems and programs. His focus on ownership and their priorities has helped drive the industry-leading results we achieve. Gregg is directly responsible for so much of our growth to date and in his new role will lead us to reach even greater heights.”

Forde began his hospitality career on the front desk and in housekeeping with Marriott International with ascending roles over the following years. He joined Island Hospitality in 2003 as an area director of the company’s Silicon Valley hotels. He has held a series of increasing roles within the organization, including regional vice president, senior vice president of operations, and executive vice-president/chief operating officer before this promotion. He received his Bachelor of Arts with a dual major in Political Science and Philosophy from Edith Cowen University.

“Having dedicated the vast majority of my career to Island, I am humbled to be named president of this thriving organization,” Forde said. “My goal is to make Island one of the most highly sought after places to work in the hospitality industry for team members while simultaneously being known as a true partner to owners, and I look forward to working with this fantastic group of professionals to meet and exceed those targets.”