Take a free guided or self-guided walking tour of historic downtown Los Angeles to learn about the city’s birthplace.

Situated in the heart of Downtown L.A., El Pueblo de Los Angeles Historical Monument is probably best known for Olvera Street, an open-air Mexican marketplace. But there’s much more to El Pueblo. The 44-acre district comprises 27 buildings from the 19th and 20th centuries. These historic sites reflect the history and heritage of the early pioneers who established a pueblo in 1781. As more settlers arrived, the pueblo evolved into a thriving community, and the incorporation of Los Angeles as a city in 1850.

El Pueblo, designated a state historical park in 1953, is a City of Los Angeles department. Of the 27 historic buildings, 11 are restored and open as businesses. These include seven free museums. The best way to explore El Pueblo is on foot. If you start at the main entrance, the Plaza is the first thing you’ll see on your historic downtown Los Angeles walking tour.

As is common in the travel industry, Wander With Wonder sometimes receives complimentary products and services. Wander also earns income from ads and affiliate links on our site. Some of those links are for Amazon. As an Amazon Associate, Wander earns from qualifying purchases. None of these practices influence our reporting, but we believe in full disclosure. If you click an ad or affiliate link on our site and make a purchase, we may earn a commission at no additional cost to you. We thank you for your help – it is what keeps Wander bringing you great content. For further information please visit our legal page. 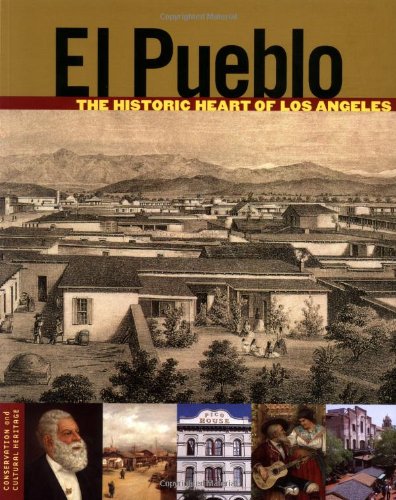 Built in the 1820s as a gathering place for the growing community, the Plaza is still the hub of El Pueblo. It also serves as a monument to L.A.’s original 44 settlers. A plaque of each name is on the ground encircling the gazebo at the plaza’s center. If you visit on the weekend, you may catch a festival or performance. For example, the Plaza is especially festive during Cinco de Mayo, when El Pueblo comes alive with traditional Mexican music and dance performances.

The Plaza has been El Pueblo’s gathering place since it was built in the 1820s. Photo by Mimi Slawoff

The Plaza Firehouse contains firefighting photos and equipment from the 19th century. Photo by Mimi Slawoff

Next to the Firehouse is the Pico House. It was L.A’.s first three-story building and luxury hotel. Pio Pico, the last governor of California under Mexican rule, built the large hotel between 1869 and 1870. At the time, it was dubbed “the finest hotel in Southern California.” And no wonder. The hotel had 80 bedrooms, 21 parlors, and bathrooms/water closets. The Pico House is not always open to the public. However, you can admire its impressive exterior.

From the Pico House, the walking tour of historic downtown Los Angeles continues to the Merced Theatre, which has a fascinating history. Built in 1870, the Merced Theatre was the first building dedicated to theater arts in Los Angeles, known for its satirical presentations, fashionable burlesque, minstrel performances, and professional acting ensembles. But success was short-lived. After just five years, competition and a local smallpox outbreak led to its closure. But the theatre took on a new role.

Around 1897, the theater offered rental housing to gay men. Shortly after, the theater began hosting masked balls where LGBTQ individuals could cross-gender dress and hide their identities behind masks. This led to drag balls and helped establish cross-gender costuming as a valid social subculture and an expression of art.

The Merced Theatre is currently a warehouse. Photo by Mimi Slawoff Walk around the corner to your next stop, the Garnier Building. It is open to the public during operating hours for the Chinese American Museum (CAM), situated inside this historic structure. But first, a bit about the historic Garnier building, constructed in 1890 by French settler and businessman Philippe Garnier. 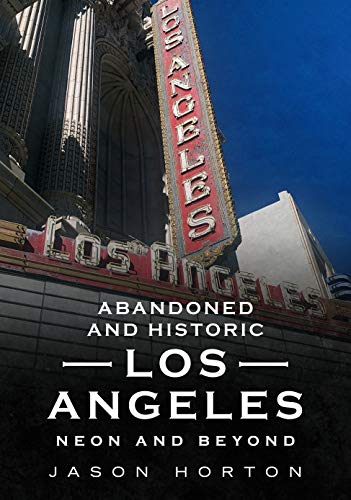 For many years, the building was the hub of Chinese cultural life. It’s where the local Chinese would shop, attend temple, and send their kids to school. But beginning in 1933, the City of Los Angeles forced the Chinese community to move so it could build the Union Station Passenger Terminal and freeways systems. The buildings were demolished—except for the Garnier Building. It’s the last surviving structure of the original L.A. Chinatown.

The Chinese American Museum opened in 2003. The museum features exhibits, programs, and events that share the experiences and contributions of Chinese Americans in the US.

Depending on the day you visit, there may be services and special events at this historic church. The church is also known as Our Lady Queen of Angels Catholic Church and La Placita. Built between 1818 and 1822, the Catholic church is the only building at El Pueblo still used for its original purpose. It also serves as an active parish for the Roman Catholic Archdiocese of Los Angeles.

Our Lady Queen of Angels Church is an active parish. Photo by Mimi Slawoff

Next on your walking tour of historic downtown Los Angeles, cross the street to reach the América Tropical Interpretive Center. The focus here is on a once-controversial mural. You can view it from an outdoor platform accessible from the center. But first, take a few minutes to peruse the center’s exhibits to learn about the mural—and why it was controversial. The center also contains a replica of the mural.

In 1932, artist David Alfaro Siqueiros was commissioned by the La Plaza Art Center to paint an idealized tropical scene on a second-story exterior wall. Instead, he painted an 80- by 18-foot mural depicting Maya ruins, armed revolutionary soldiers, a crucified Indian figure, and an American eagle looming overhead.

When the mural was unveiled, it was immediately controversial. By 1938, the entire mural was whitewashed and remained under layers of white paint for the next 30 years. The Getty Conservation Institute collaborated with the City of Los Angeles to conserve América Tropical in 1988.

The faded América Tropical mural can be seen from a viewing platform. Photo by Mimi Slawoff

Next door, walk up the stairs to the Italian American Museum of Los Angeles (IAMLA) to see El Pueblo’s original Italian Hall. The hall began in 1908 as a gathering place for the growing Italian community. The museum’s exhibits depict the stories of the first Italian settlers in 1827 and the role Italians played in L.A.’s development. Notice the Italian Hall’s original stage and wood floors, which have been well maintained. Friendly staff members are happy to share information about the hall and exhibits.

Although it’s a bit touristy, the lively, pedestrian-only Olvera Street is fun to visit and have lunch (and a margarita!). Merchant stalls overflow with imported goods and trinkets. Cafés and restaurants serve authentic tacos, taquitos, and other tasty Mexican dishes. Olvera Street is also home to several historic buildings. In addition, seasonal events include the Blessing of the Animals, Dia De Los Muertos, and Las Posadas.

As you walk along Olvera Street, notice a brick building and a sign for the Pelanconi House. The brick house (the oldest in L.A.) was built between 1855-57 by Italian vintner Giuseppi Covaccichi. It had living quarters on the second floor and a wine cellar below. It’s believed that the wine was produced from locally grown grapes across the street at the historic Avila Adobe.

In 1924, the house was converted into a restaurant—Casa de La Golondrina. The Mexican restaurant opened its doors on April 30, 1930, for the opening-night party of Olvera Street. Recently, it seems to have changed ownership. Check if it might be reopened for business, but it’s worth walking past even if it remains closed.

The Pelanconi House is the oldest still-standing brick structure in L.A. Photo by Mimi Slawoff

Situated in the center of Olvera Street, Avila Adobe is L.A.’s oldest standing house. Built in 1818, the Avila Adobe, the house is open to the public for free self-guided tours. The rooms—a family room, kitchen, office, master bedroom, parlor, and children’s room—are furnished circa the late 1840s. Some of the furnishings are original.

Backyard view of the Avila Adobe. Photo by Mimi Slawoff

More Places to see on a Los Angeles Walking Tour

Although the 44-acre El Pueblo de Los Angeles Historical Monument, with its 27 buildings and museums, is the best place to explore historic downtown Los Angeles, other places downtown can help you explore the history and culture.

Cinco de Mayo performances are among the special events at the museum. Photo by Mimi Slawoff

Include Little Tokyo on your Historic Los Angeles Walking Tour if you have time. It’s a short walk to this Japanese American district, home to restaurants, shops, and the Japanese American Museum. One of my favorite places is Fugestu-Do, a family-run confectionery with house-made Manju and mochi. These traditional Japanese sweets come in several flavors.

Fugestu-Do is a historic confectionary in Little Tokyo. Photo by Mimi Slawoff

Getting Around Los Angeles

While it’s true you will probably need a car to get around L.A. County, the city does have a public transportation system. It’s handy for exploring Downtown L.A. Once you’re downtown, several walking tours include city highlights, like El Pueblo de Los Angeles Historical Monument.

Insider Tip: If you decide to use the local railway service, consider buying a TAP card available in Union Station. You can save a few dollars on public transportation throughout Los Angeles County with the card.

Sometimes my friends and I take the Metrolink train to Union Station. From there, we walk across the street to El Pueblo for lunch. Or, we catch the Red Line to Pershing Square in downtown. We can avoid driving around L.A., which has many one-way streets and expensive parking lots.